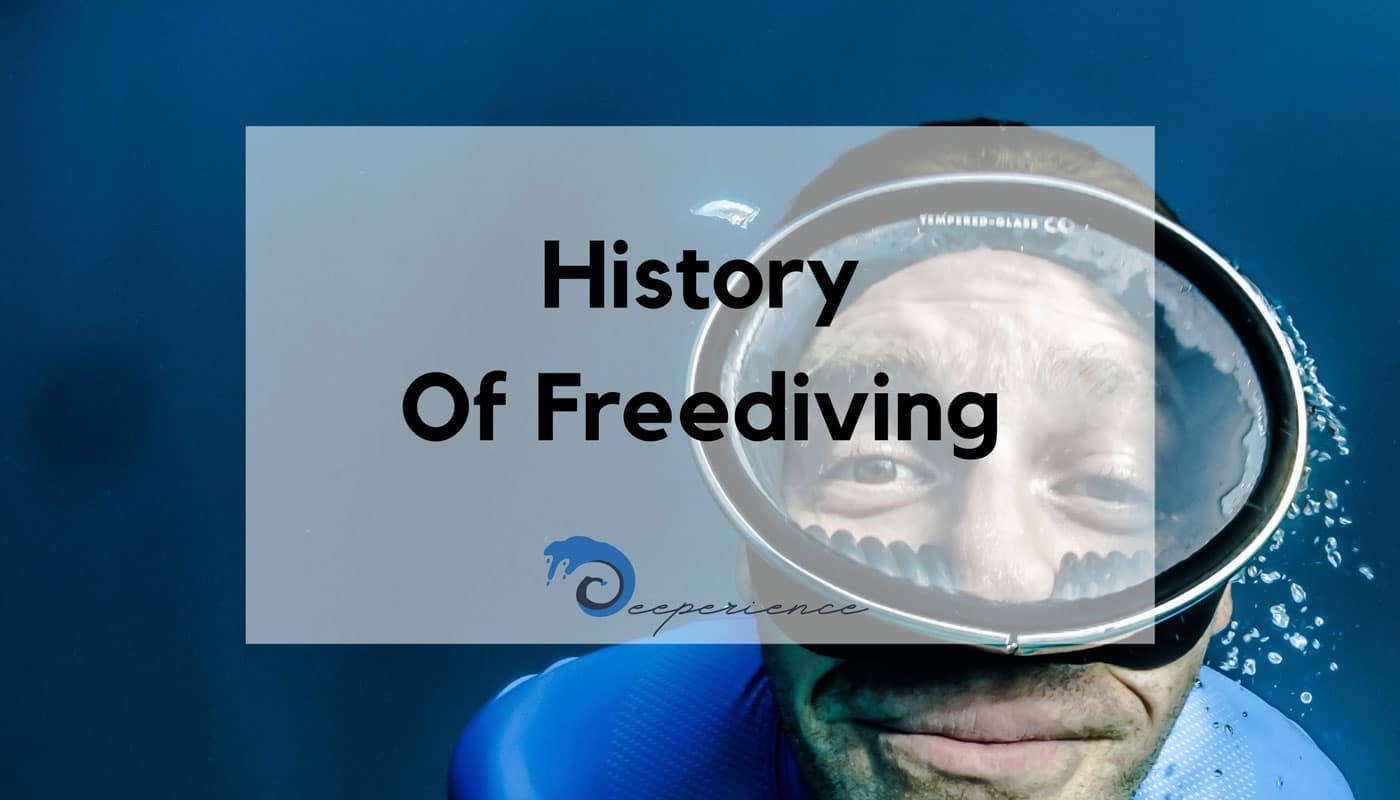 Freediving has been around in human history since ancient times as a means of catching food. In more recent years, it has blossomed from this into a competitive sport and a test to see what the human body is capable of. If you want to learn more about the history of freediving, from the divers of ancient times to the world record holders we have today, you will be sure to enjoy reading this article!

Freediving is the practice of holding one’s breath in the water. There are different ways (disciplines) in which to do this.

From static apnea (holding your breath while lying still on the surface), to depth diving (diving underwater following a rope by either pulling, swimming, or kicking), and finally to pool diving (diving lengths under shallow water by either swimming or kicking).

Some people use freediving to explore the underwater world, others use it as a way to catch fish, and many like to freedive to test their capabilities in competitions or add to their personal best records. Besides being a fantastic way of spending time outdoors, freediving is relaxing, meditative, and a spiritual practice and has many benefits for the body and mind.

Archaeologists have investigated mummified remains of ancient peoples that lived 6000 years BC that showed evidence of freediving in their culture.

It’s thought that the Chinchorian people suffered from a condition where the bones of the ear canal grew in a way that protects the eardrum from cold water exposure. This condition is called exostosis (surfer’s ear) and happens to people who are dunked underwater a lot.

Although Chinchorian people were not recreationally freediving but for food and goods to trade. Underwater items such as pearls and sponge became highly valued due to the lack of people able to retrieve them.

Another interesting story that proves that freediving was practiced in past cultures too is connected to Alexander the Great. In ancient Greek wars, he used freedivers to dismantle booms underwater that stopped his boats from entering harbors.

Before the 20th century, freediving was the only way of retrieving mussels, mollusks and pearls that were found at greater depths. Sponge and pearl divers and the so-called sea nomads faced more risk and dangers than modern-day freedivers, but communities’ livelihood depended on their activities.

Greek sponge divers have been diving on a single breath for several thousand years before the invention of scuba diving apparatus.

It is said that Greek sponge divers could perform breath holds of 2-3 minutes while diving 100-200ft/30-60m underwater to retrieve sponges. They were revered providers for their communities.

Pearl diving is the practice of freediving for pearls from wild molluscs (usually oysters or mussels) or pearl shells. Pearl diving (or pearl hunting) was prevalent across Japan and the Persian Gulf region for thousands of years.

In the 1850s freediving for pearls began in the north of Western Australia, and it also became popular in the Torres Strait islands in the 1860s.

More than a ton of molluscs were searched to try and find just 3-4 quality beads and pearl divers would have to descend to over 100ft/30m deep to try to retrieve them. Shallow water blackouts were very common while freediving for pearls due to lack of knowledge and safety procedures.

There are communities across the world that have lived off the water for generations. The Bajau people have lived at sea for hundreds of years and have even developed genetic mutations that make them more suited for freediving.

These sea nomads are found in waters across Indonesia, Malaysia, and the Philippines and regularly freedive for shifts of up to eight hours a day, to extreme depths, for minutes at a time to catch fish to eat.

One genetic mutation that scientists studied on the Bajau people was the increased size of their spleen. It was, on average, 50% larger than that of a normal human. A large spleen allows more freshly oxygenated blood which contributes to longer dive times.

It is also predicted that due to their regular dive training, the divers in the community are likely to have a more stretched diaphragm and stronger lung walls which help them withstand pressure at depth.

The birth of recreational freediving

The first evidence of freediving as a sport and recreational activity started back in 1913, when a Greek sponge diver called Stotti Georghios offered to retrieve a lost anchor by tying a large rock to his body and letting it drag him down.

The sponge diver alleged that he could stay for several minutes underwater. From this, other want-to-be freedivers started trying to challenge themselves and others to dive deeper and deeper, and freediving equipment such as masks and fins started to be invented.

The use of masks made freediving much more comfortable and enjoyable as a sport and encouraged popularity in recreational freediving.

The start of modern freediving

When freediving gained popularity from around the 1950s, there were three names in the spotlight: Bob Croft, Enzo Maiorca, and Jacques Mayol who are considered the pioneers in freediving.

Bob Croft was a diving instructor in the US Navy who would teach submariners to escape from submarines that had been struck.

He began training his apnea abilities and soon was able to achieve breath holds of around 6 minutes. Scientists studied Croft to find out whether the blood shift phenomenon is present in humans, like it is in other diving mammals.

He also invented the technique of “lung packing” which is a way to get more air into the lungs before a dive. Many competitive freedivers use this technique today. In 1967, Bob Croft baffled scientists by diving past 209ft/63.7m deep; a depth that they believed was the absolute maximum the human body is capable of.

Between 1960 and 1974 Enzo Maiorca continuously broke records and was the first person to dive past 164ft (50m) deep. He was banned from the sport for swearing on video camera following a dive where he collided with a scuba diver.

He returned in 1988 with a dive to 331ft/100.8m, which was his last dive before retiring. His two daughters continued his legacy by breaking several world records between them. Enzo Maiorca was called “lord of the abyss” by the Italian media.

The famous freediving movie “The Big Blue” was inspired by the diving relationship between Enzo Maiorca and Jacques Mayol; a Frenchman who was the first to dive past 328ft (100m). Scientists studied Mayol’s dive to find that his heart rate dropped from 60 beats per minute to just 27.

CMAS (Confédération Mondiale des Activités Subaquatiques, which translates to World Underwater Federation) became worried about the depths that Maiorca and Mayol were achieving and refused to ratify any more records as a way to dissuade freedivers from making further attempts.

However, the records kept coming and in 1988 Angela Bandini from Italy made a record breaking dive of 351ft/107m deep.

Freediving as a sport now

Back in the 70s, scientists predicted that the human body wasn’t capable of withstanding pressure past 209ft/63.7m deep. Freedivers have proved that humans are capable of over three times that depth, and competitors continue to break records and go deeper and deeper, with no sign of slowing down anytime soon.

Freediving as a sport has gained more and more popularity as years have passed, and we are now seeing national records and world records being broken in multiple competitions year-round all over the world.

The world record currently stands at 702ft/214m in the No Limits discipline. This is held by Herbert Nitsche, an Austrian freediver who achieved many records in various disciplines. This discipline has since been banned from competitions due to its dangerous nature.

The current record for the Constant Weight discipline is held by Alexey Molchanov from Russia, and stands at 426ft/129.8m. Alexey’s mother, Natalia Molchanova was also a huge name in freediving and achieved 40 world records before her unfortunate passing.

Alexey followed in her footsteps and is currently considered the best freediver in the world across the Constant Weight, Constant Weight Bi-fins, and Free Immersion disciplines. However, Arnaud Jerald from France and Mateusz Malina from Poland are hot on his heels, as well as William Trubridge from New Zealand has held the No Fins record since 2016 with a depth of 335ft/102m.

As for the women, Alessia Zecchini currently holds the records for both Free Immersion (322ft/98.1m) and Constant Weight No Fins (240ft/73.1m), and Alenka Artnik is reigning champion for Constant Weight with a depth of 374ft/114m.

Tanya Streeter is a big name in women’s freediving, she achieved the No Limits world record of 525ft/160m deep back in 2002 and was a fearless competitor, holding her own alongside the men.

As freediving has been around since ancient times, it is impossible to say who invented the idea. However, recreational freediving as we know it now was born in 1949 when Raimondo Bucher, an air force captain for Italy, dove to 100ft deep for a bet. Scientists predicted that he would die from the pressure, but he returned to the surface unscathed, and freediving competitions exploded in popularity over the following two decades.

Scuba diving used to be known as “freediving”, because of the freedom of movement underwater compared to the previous technique of diving with an umbilical cord (a long cord that brings air from the surface to the diver). After scuba cylinders were developed, it became better known as “scuba diving” (self contained underwater breathing apparatus), and “freediving” became the word for apnea/breath hold diving, probably due to even more range of movements and freedom from equipment underwater.

Freediving for food can be traced back to ancient times, it’s estimated for at least 8000 years, but perhaps even longer. As a sport however, recreational freediving started to gain popularity from around the 1950’s. 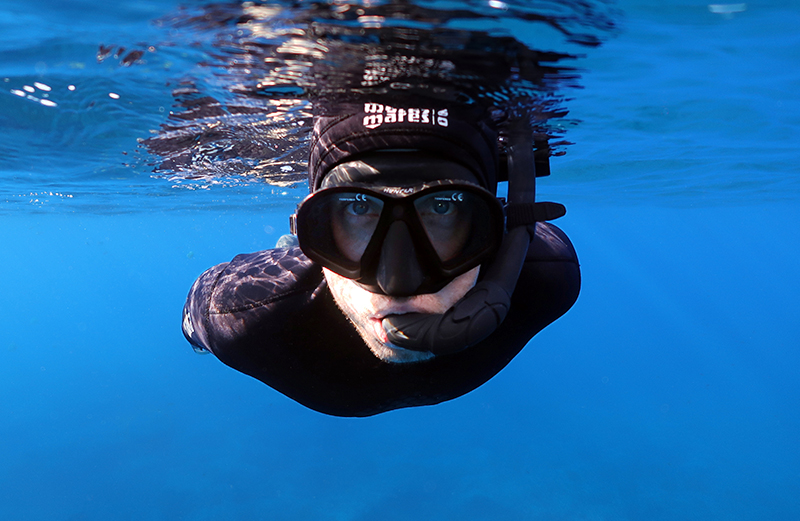 AG is a certified diver and freediver who started to explore the underwater world in 2005. He enjoys sharing his experience of the best freediving destinations and equipment tips as well. Follow him on IG!

Reading freediving books is beneficial for freedivers at all levels. Find here some recommended ones! 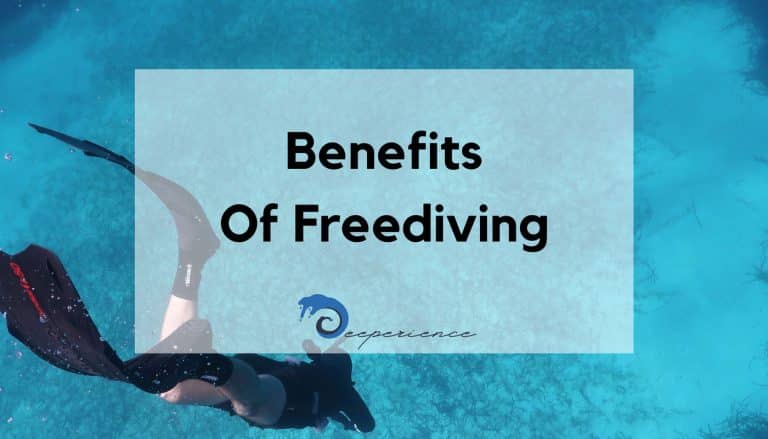 Why freediving is good for your body and mind? Discover the numerous benefits of this popular water sport! 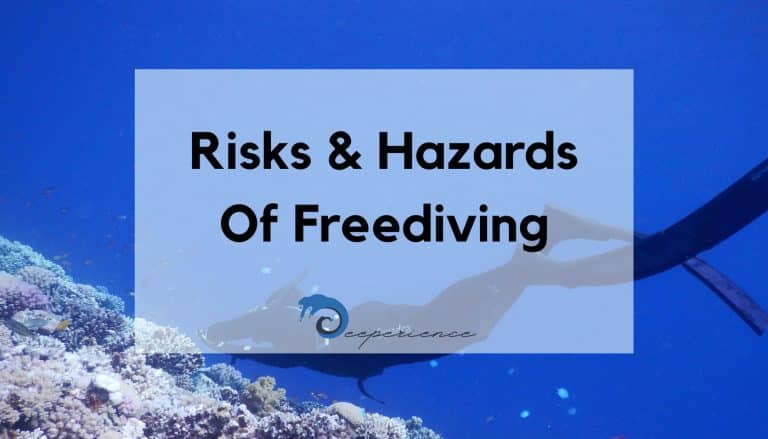 Freediving in a safe way starts with understanding the dangers. This article will help see the main risks factors.